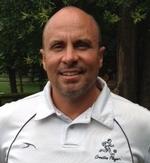 The author of the Creative Player Coaching Vision, Pietak is recognized as a leader and innovator in youth sport education, having developed age-appropriate coaching philosophy, methodology and curriculum through the Creative Player Coaching Vision. A native of Rochester, N.Y., Pietak played collegiate soccer at the University of Connecticut, where he was a freshman starter on the 1981 defending national championship soccer team.

After transferring to Catawba College in 1984 – Pietak achieved All-Conference, All-District, and All-American status in 1985, 1986 and ’87, when the team achieved three consecutive conference and district championships in the Southern Atlantic Conference (SAC 8).  Pietak recorded 29 goals and 28 assists and ranks among Catawba's all-time leaders in points scored.

Pietak graduated from Catawba College in 1988, earning a Bachelor of Arts in Physical Education and later a Masters of Arts in Education from Columbia International University.

After his collegiate career ended, Pietak became a teacher at Charlotte Christian School in North Carolina from 1994 to 1998 and coached both the varsity boys and girls soccer teams to NCISAA success.

Knowing he wanted to fully dedicate himself to youth player development, Pietak founded Creative Player, Inc., in 2002 – and immediately started sharing its coaching style and vision with Charlotte area clubs, such as Charlotte Eagles, Charlotte United FC and FC Carolina where he served as Youth Technical Director.  His teams consistently were among NCYSA’s elite with numerous Final Four appearances and two state championships.

In 2014, Pietak co-launched the Creative Player Sports Foundation. As Director of Soccer Learning – with a mission to empower urban underprivileged children to build character through soccer training – Pietak is an active volunteer at Ashley Park K-8 and Huntingtowne Farms Elementary in Charlotte.

When he’s not on the pitch, Pietak enjoys fitness, golf and swimming!

Daniel Araujo is co-owner and partner in Creative Player, Inc.

Coach Daniel is the originator of Creative Player’s DMAC Futbol a training methodology and curriculum featuring dynamic movement and coordination for the modern game.  A native of Montevideo, Uruguay, Araujo began his soccer career at an early age – reaching the professional ranks in 1991 when he debuted with first division Central Español FC of Montevideo (in Uruguay).

Araujo joined Sportivo Italiano in Montevideo in 1993, and moved on in 1995 to ADET FC in San Salvador, El Salvador. Two years later, Araujo moved to Colombia, where he joined Deportivo Pasto. He retired in 1998, his last stop being with the Connecticut Wolves in USISL’s A League.

Araujo’s soccer career as a non-player started with a coaching stint, as he accepted the position of Director of U.S. markets for the Mexican first division club Atlante FC. He was later recruited to serve as the Director of Operations for Puntarenas FC, a first division professional club in Costa Rica, where he developed a successful track record managing the club’s operations, scouting, recruiting and talent development.

An accredited FIFA agent, Araujo he has a wealth of experience in placing professional players in markets around the world, including Europe and Asia. As an agent, Araujo has led contract negotiations as well as provide consulting services to other soccer clubs and players.

Araujo’s consulting footprint has extended to wide pool of MLS teams, including Chivas USA, L.A. Galaxy, Real Salt Lake and FC Dallas. Araujo, who also served as a liaison in arranging international matches around the U.S. and overseas, has also worked with the Orange County Blues of the USL Pro Soccer League.

As Technical Director and Curriculum Specialist for Creative Player Sports, Inc., Araujo passionately shares his knowledge and expertise with Charlotte youth players. In 2014, he took on the role of Executive Director of Palmetto United FC in Fort Mill, S.C., implementing the Creative Player Learning System and training methodology, bringing the necessary tools for effective player development.

A gifted teacher and motivator, Araujo also plays an active role in the community, serving on the board of directors for the Harris YMCA and Communities In Schools (CIS) in Charlotte. He is also part of Johnson C. Smith University’s External Multicultural Advisory Council and serves as Vice Chair at the Latin American Chamber of Commerce’s Economic Development Committee.

In late 2014, Araujo, who coached the Boys U15 Region III and coaches the U9 Boys Gold Team at Palmetto United FC, co-launched the Creative Player Sports Foundation to empower urban and underprivileged children and build character through soccer. He is an active volunteer at Ashley Park  K-8 and Huntingtowne Farms Elementary schools.

When he’s not coaching, teaching and volunteering, Araujo enjoys playing tennis, traveling and spending time with his wife, Grisel, and their two children, Carolina and Bruno.